I had been trying to keep getting outside, to do a little exercise. I had to keep painting. I had to keep on going. Nobody was finding lockdown easy, but I hadn’t realised how much I relied upon the social aspect of drinking. I missed the pub. 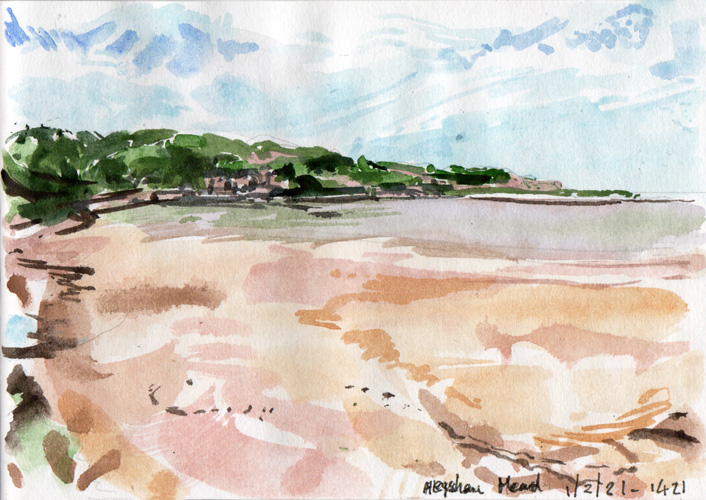 I had been on the shore at the far end of the promenade, just before you reach Heysham village. The weather wasn’t great, but it was dry, and so I mustered the energy to do a couple of quick paintings.

A man I didn’t know, but knew from pubs, was hovering by the railings. He recognised me from pubs, but he didn’t know me. He asked if I was painting, Well, duh. We talked about drinking. We were both missing pubs. Properly accessed pubs. Not sanitised drinking shops. Not places for the tee-total, middle-aged, masculine to prance. Not doggy day-fucking-care. Pubs with beer, noise, and heat.

He wants to know what I was doing now. Nothing, why? A mate of his was having a quiet get together. A few mates, a few beers. Why not come along? Okay.

It was just a back room that opened out to a secluded backyard. Tall swaying bamboo keeping the neighbours out, the tides coming in.

Now, the beer was okay, some supermarket IPA. However, the talk was about an old electricity sub-station at the back of the cliffs, which was going to be turned into a Micropub. At least before lockdown. There used to be a fair ground and other amusements on the cliffs, and the building had provided power for the attractions. They had long gone, and the sub-station was decommissioned just before the new estate had been built, but it was cheaper to build a new one than renovate the old workings. Now it was going to have a new life. 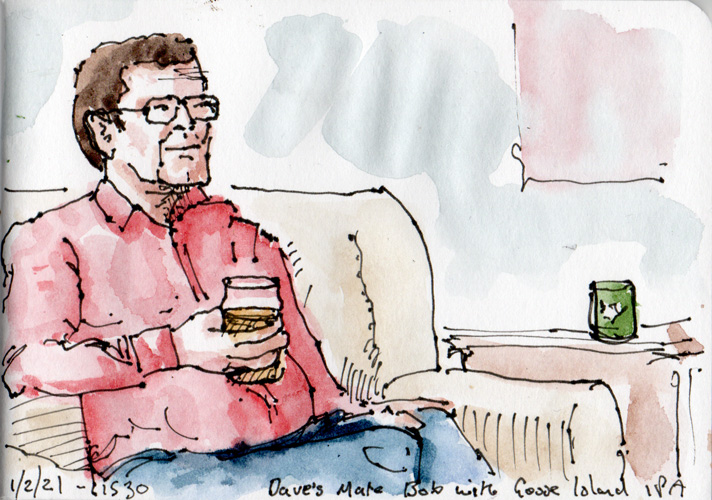 Apparently ‘Dave’ had the keys, and was having a do on Saturday afternoon. The forecast was terrible. It would be quiet up there. There was a cask available, but bring some bottles and we’ll have a share.

Keep it quiet, though.