Will we get to be in, or even outside of, a real pub in April?

Until then, we need to keep being vigilant when it comes to spotting communal drinking opportunities. This week, we’re got to go somewhere special.

We got Budgie to fly his helicopter to the isle of Man for a few drinks. Why budgie? Harry was a staunch royalist who was always wittering on about his flying ability. He had never regarded Sarah Ferguson as a real royal, so we called him Budgie to wind him up!

The flight took off from Greenlands Farm, which itself held potential for drinks, and was quickly over Morecambe Bay. 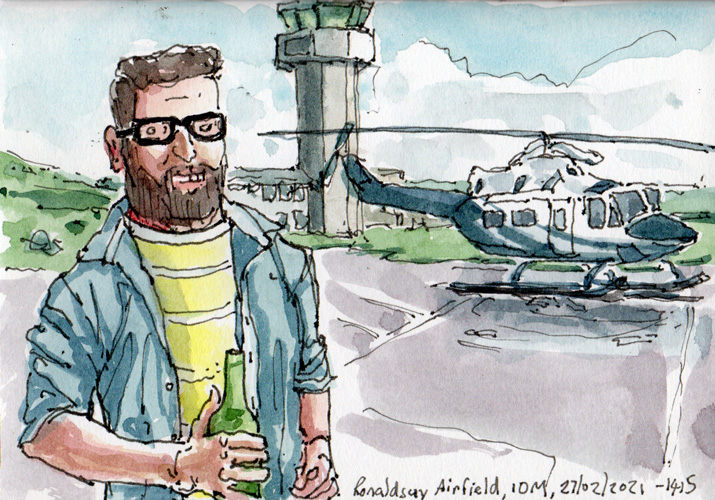 It doesn’t take long to arrive at Ronaldsway Airfield on the island, and a mate of Budgie’s was waiting for us with his car to drive us to the ruined abbey at Ballasalla about a mile away. 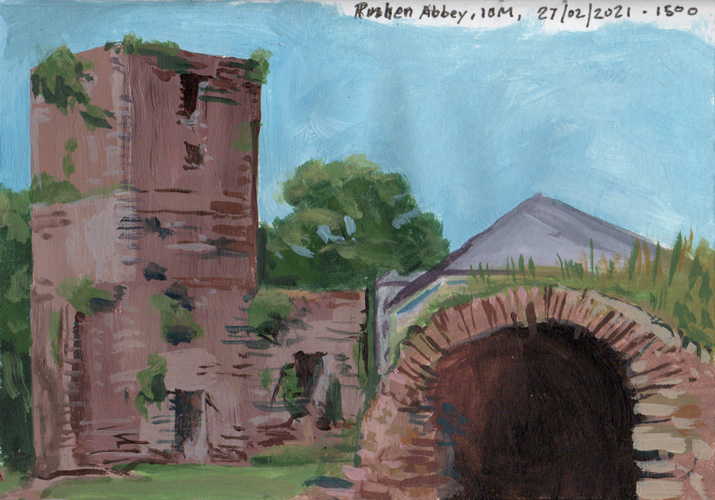 We had a couple of bottles of Heineken on the flight over, but upon arriving at the Abbey, we discovered some bottles of local beer had been left for us; Okell’s Triskelion, and plain old Bitter from the same Douglass brewery. I had some Fell Tinderbox, and Dave had his favourite Big Wednesday from Harbour Brewery. Budgie had some cans of John Smith’s, but he also had the lift home, so we let him off with a warning! 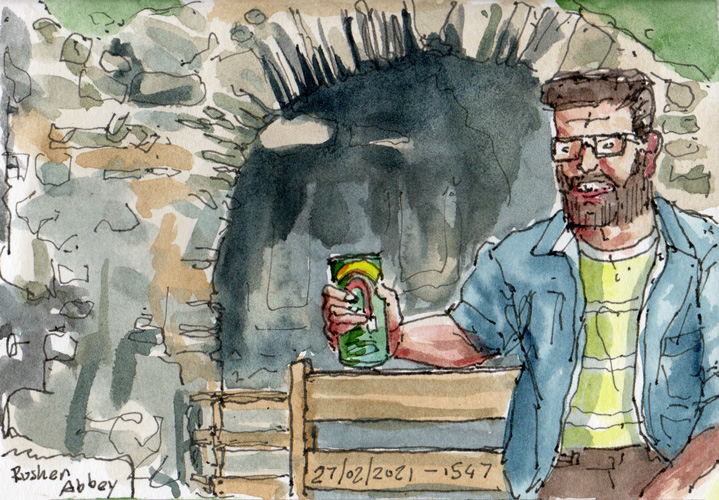