We’re going to have one full night and day on Mars, before our return just after midnight on the twelfth. The real astronauts will be gathering data about the landing procedure, and preparing for the return flight. Dave and I have bagged a few hours in the Mars rover for a spot of drinking and driving.

The scale of the Mars base is quite impressive as it’s all been kept quite secret from the general public. Dave and I are under strict instructions to stay within the communal areas, and not to wander off. That’s fine, as long as we can do so without masks! 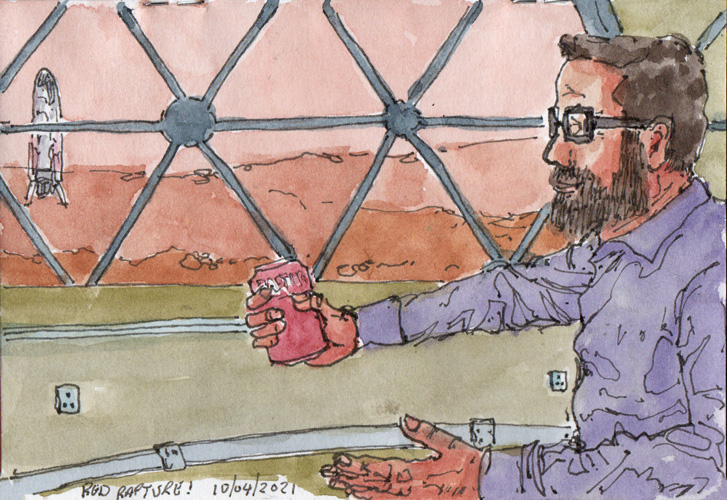 There’s a comfortable lounge area where we can get some food, and settle ourselves with a beer or two before we retire to our bunks. I’m having a can of ‘Rapture’ from Magic Rock. Dave’s having a ‘Red’ from Ennerdale Brewery. The carbonation is a little off, probably due to Mars’ differing gravity. I choose the large bottle of ‘Somerset Redstreak’ cider by Ross-on-Wye, next. Delicious tarte and apple-y! Good night!

There’s no milk, so I have a black coffee for breakfast, and some reconstituted maple banana pancake mush from a foil envelope. The thin watery sunlight shines like Germoline through the large viewing window, and I can see the distant astronauts bob around the base of the experimental space craft taking measurements of some sort. We’re allowed the Mars rover after lunch, so there is time for a few drinks beforehand. 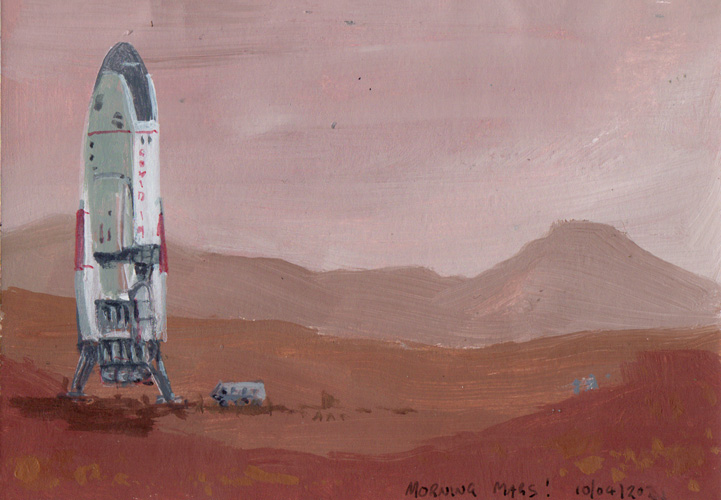 We share a bottle of sour OverWorks from BrewDog, the Bedrock Red. My mouth feels dryer than ever in this fake atmosphere, and I have to gulp the beer down into my acidic stomach. It’s red IPA time next from Fyne Ales, their ‘Red Morning’ beer. I should have started with that! Next, a can of Delerium ‘Red’, sipping fruity and strong, it resolves my thoughts, and I relax a bit after that BrewDog monstrosity! 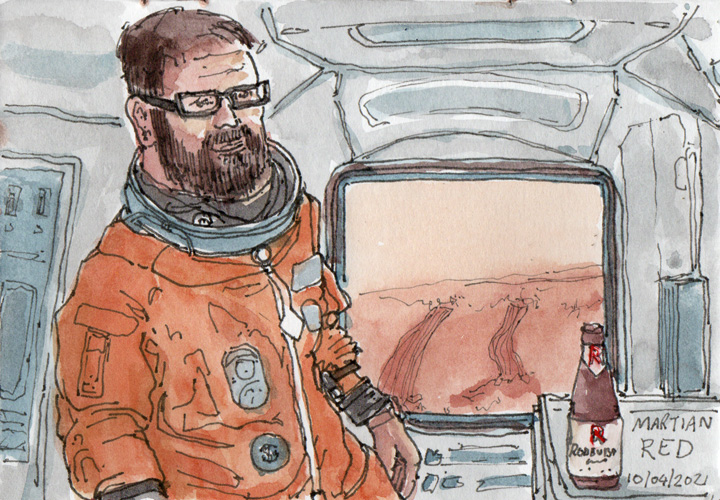 Dave and I change into our flight suits for the trip in the rover. We’re going to be chauffeured around the highlights of the immediate Martian landscape, free to indulge in our beer. The first of which is Rodenbach Classic. Such a great, quaffable Flanders Ale. I wish I’d brought two, but I had to make sure there was room for a Duchesse de Bourgogne, which is close enough. 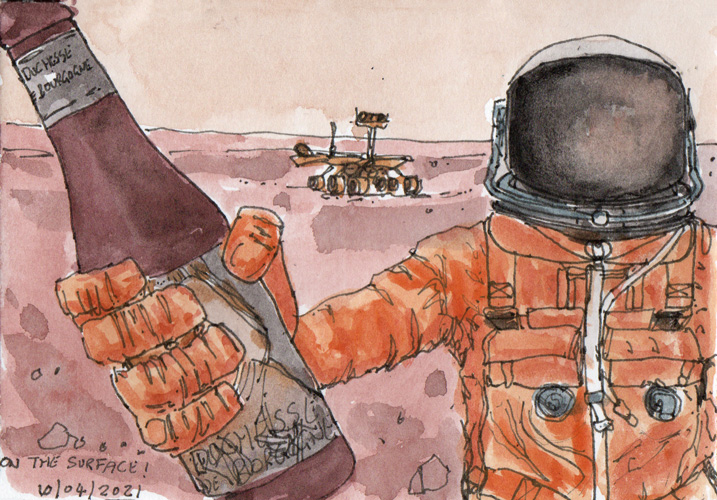 Returning to Mars Base, I go all modern with ‘Red Forest’ berliner Weisse from Spanish brewers La Pirata. Sharp and sour, it refreshes dry palate. There’s a bustle of activity as the real astronauts busy themselves with a pre-launch routine. I drink a Red Rocket IPA from Two Chefs Brewing, and wait for lift off.