Returning to Earth will be a much faster trip. Partly due to the successful test of the engines on the way to Mars, but also because of our more substantial atmosphere which will aid in our deceleration. We lift off from the Martian surface, under control once more from that computer on Phobos. It pulls us towards the moon before flinging us off, on our way back to Earth. 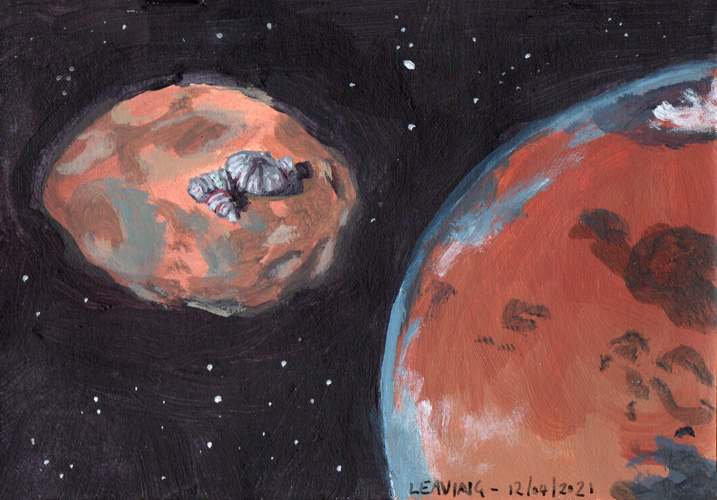 We’re told by the flight captain, that due to testing of full power on the way home, we have to remain in our seats. One last beer remains, ‘Intergalactic Space Hopper’ from Hardknott Brewery, which I sip straight from the bottle. The spacecraft shudders incessantly as we speed towards Earth, and our own Moon is soon coming clearly into view. We’re skirting the edge of the Moons atmosphere, scrubbing off speed, redirecting the ships’ heading back to Earth. This time the ISS is nowhere to be seen. 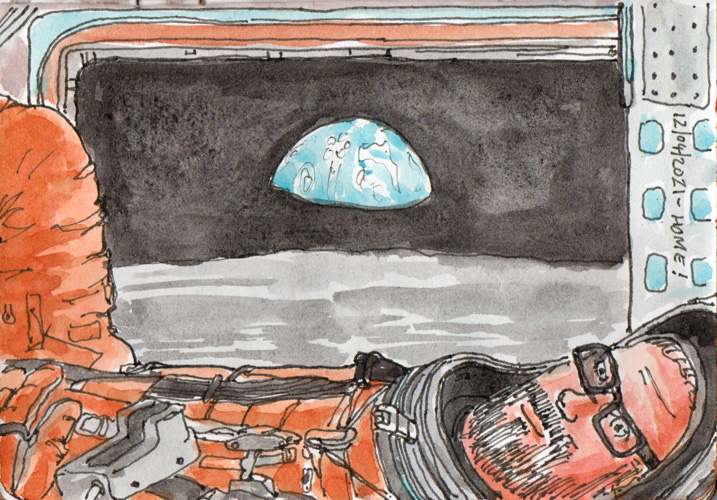 The straps on our safety belts are tightened, and we retreat into the private atmospheres of our space suits. The outside of the ship glows first red, orange, then bright white, and the shuddering of before has now become a violent shaking. We seem to be going far too fast, but the real astronauts look calm and accepting of the conditions. I don’t relax.

Suddenly the flight cabin is filled with a comforting blue light, and we’re no longer n space. The full flat area of the base of the space craft slaps the thicker, lower atmosphere and we’re told to prepare for landing. The flight captain lowers the landing wheels, and as we touch down seven enormous parachutes are released form the rear of the ship to slow us down further. The landing strip on Merritt Island is nearly five kilometres long, and we come to a stop before its end. 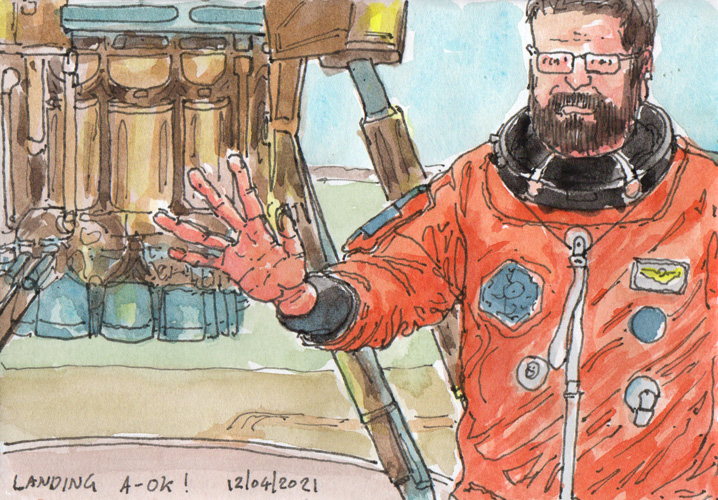 We’re transferred back to the private jet at Orlando Airport, and are soon on our way back to Preston. The pubs are open for outside drinking today, and we should be back in time for a last pint! 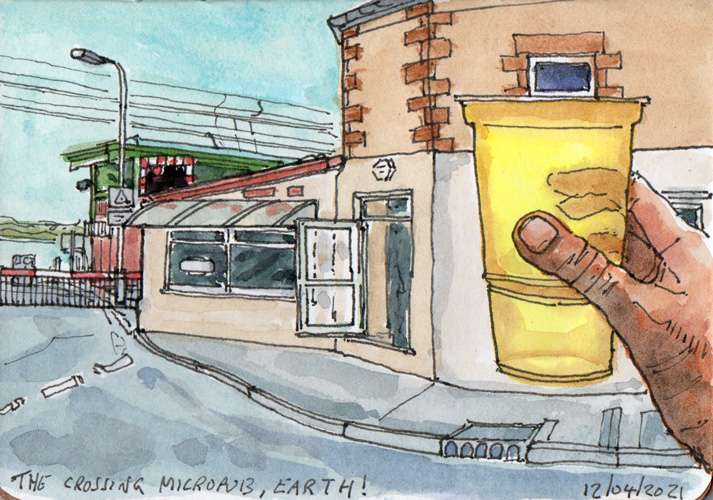 Oakham Citra, outside of The Crossing Micropub, in Hest Bank.