With just over a week to go until the pubs finally open again, we thought that it was necessary to finish our drinking den sessions with a bang. Our trip to South Korea had been fun, but for me at least, it was merely repeating what I had been doing twenty years earlier. Something bigger, newer, and more fitting to a changing world was needed, as we began transitioning back to a new, old normality.

Just down the road, North of Preston is the BAE base at Warton. Everyone around here has a mate, that’s got a mate, who works at the base. Our mate had connections with a private space firm in the States, who was involved in testing a new propulsion system. The propulsion engine was already aboard the International Space Station, and a rocket was ready to leave Cape Canaveral with a new aircraft, in which it was to be installed. Me and Dave were going to be aboard that rocket! 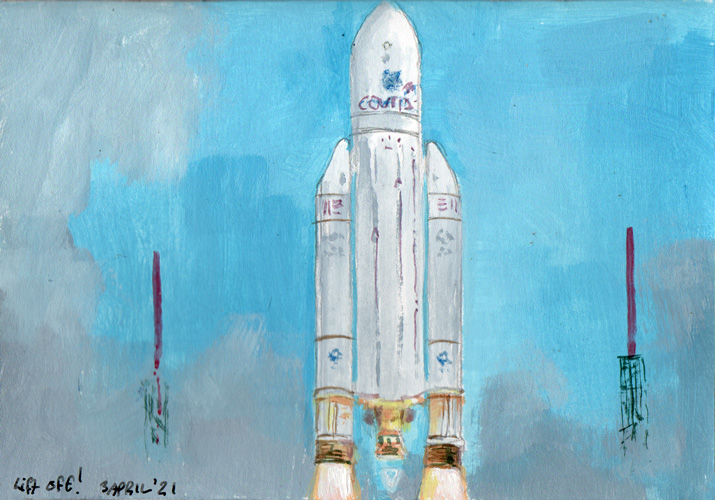 We caught a private jet out of Warton, and arrived in Florida a few hours later. An official from X-Space collected us from the airport to transport us to the departure lounge at the Cape. Time was tight, a storm was brewing South of Cuba, and the rocket had to take of today. Although not at perigee, Mars was as close as it was going to be for a while. All these impromptu tests were only able to take place due to the lax application of safety rules because of the pandemic. Bureaucrats were looking elsewhere! 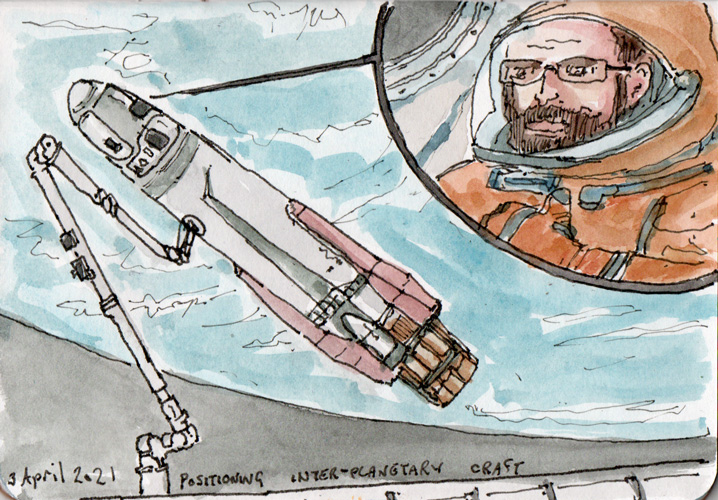 We were hurried into our space suits, and directed towards the lift that would take us hundreds of metres into the clear evening sky. The crew cabin, high aloft the rocket, was small and cramped, but was being used merely to transport us to the ISS. The new rocket was contained in a payload bay, below. Seated, and strapped in, the cabin door was locked and countdown began. Ten seconds isn’t long enough to generate too much fear, and the immense power of the rockets igniting beneath us was somehow soothing, the noise and shaking became reassuring. The biggest shock came a couple of minutes after take-off, as we entered the upper atmosphere. As the booster rockets were jettisoned, we entered a freefall orbit. Our bodies, though still accelerating, no longer felt the pull of gravity, nor the millions of tons of thrust that were pushing us higher, towards an orbiting parity with the Space Station. 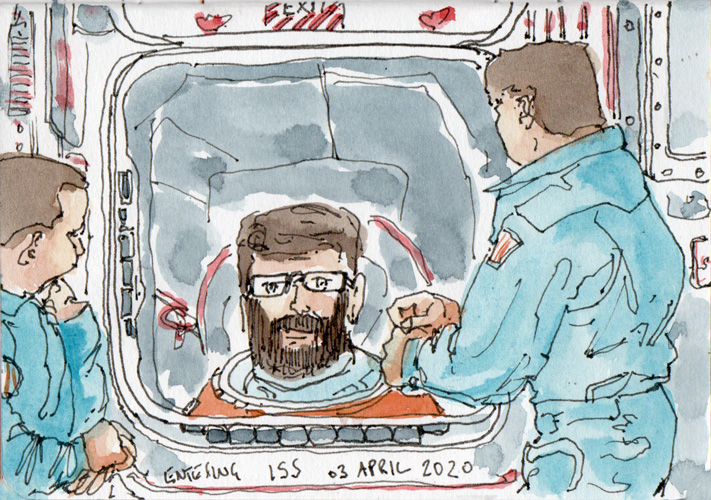 Normally the docking procedure can take a full day, but we’re dispensing with the normal double and triple checks. A new computer robot docking system has been installed in the payload hatch to enable the engineless Mars Explorer rocket to marry with the ISS. We have to transfer from the take-off crew cabin, through a hatch in the floor, into the Mars Explorer. We pull alongside the International Space Station, and remotely, using the robot arm, transfer ourselves to the docking station. We’ve four hours here, whilst the prototype engine is fitted, and the supplies we’ll need for the week-long trip are installed. We sat in the viewing cupola aboard the International Space Station and enjoyed our first space beer, a New England IPA from Anarchy Brew Co. called ’Dead Space’! 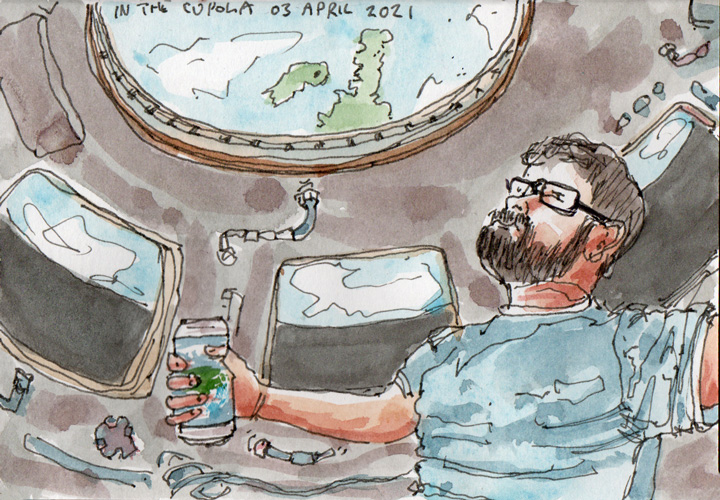