Strapped into the much more spacious flight cabin of the Mars Explorer, the flight crew pressed buttons, turned dials and switched switches. I watched the Earth move from night to day, as the sun rose for the sixteenth time that day, and glared brightly through the small porthole. A distant ‘clank’ announced our undocking from the ISS, and we moved slowly away. The station steadily shrunk until it became a glowing ‘H’ disappearing around the Earth, chasing the Pacific into the sun. Our orientation wandered away from the earth, the moon appearing in the far distance, and we steadied. A distinct push in our rear begins to build as the interplanetary propulsion system is engaged, and the moon appeared to grow bigger every second. 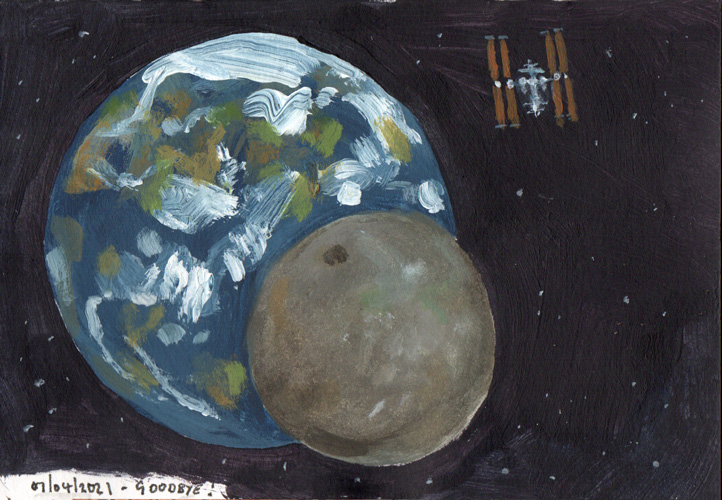 “As soon as we pass the moon, we’ll accelerate to cruising speed and the autopilot will take over.” 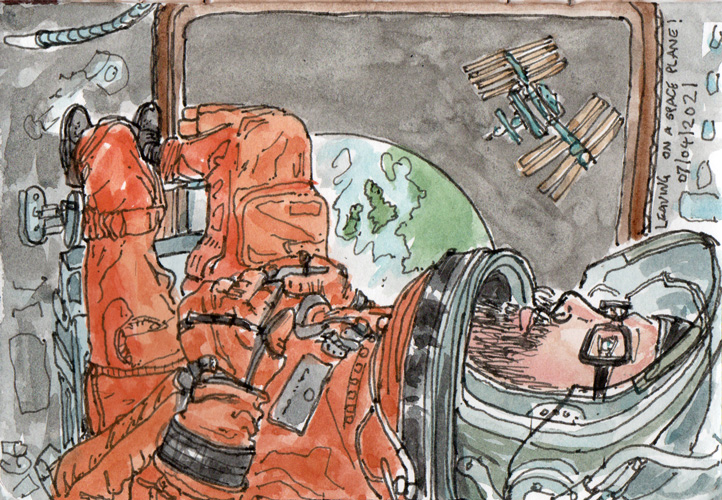 The flight Captain turns back to his controls. I wink at Dave, and peer at the flight plan. In about ten minutes time we should pass close to the Moon, turning a few degrees towards it as if to attain orbit, but instead using its gravity to slingshot our way towards Mars. At that point, the computer would take over the navigation controls, and the engine would push us ever faster towards the red planet. 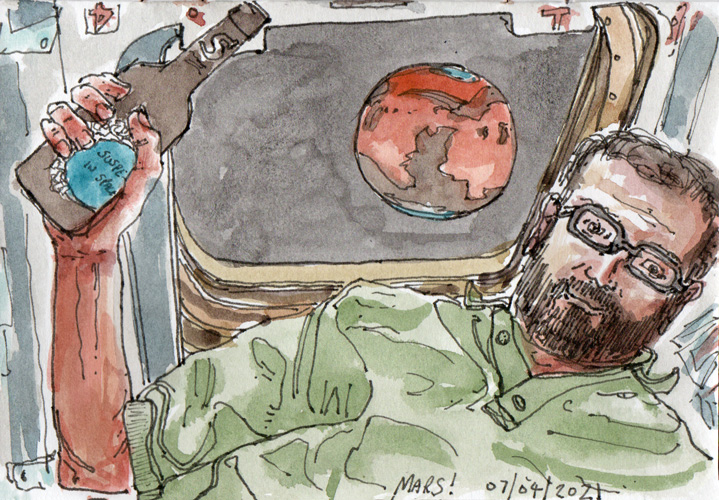 The ‘real’ astronauts began to unbuckle themselves, so Dave and I left our own seats to have a little explore and a few cans. The Earth is a shrinking blue marble on a computer screen, and we start with ‘Deep Space’ an Imperial IPA from Half Acre. Then another New England IPA, this time from Siren, ‘Suspended In Space’. Two American style IPAs from Italian brewery, ‘Brewfist’ are next; ‘Space Frontier’, and ‘Spaceman’. I’m happy to report that a lack of Gravity doesn’t impact the taste, unlike a lack of gravity!

After a couple of uneventful days floating and drinking, the flight captain calls us back to our seats, and the engines reverse as we begin our deceleration towards, first Phobos, then Mars. Passing the moon Phobos, the computer base there takes over the controls of our ship, to aid the approach through Mars’ thin atmosphere. This is the most dangerous part of the mission, and we all hope we slow quick enough to make the landing merely ‘bumpy’!

‘A brown ale from Arbor Ales; ‘Twigs In Space’ will be our landing beer, and I hope none is spilt!