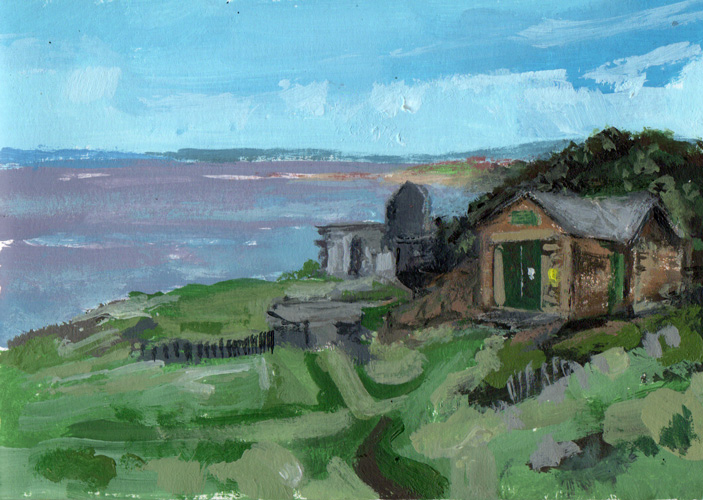 The weather was not as bad as forecast, so I did a quick painting of the sub-station, with St Patrick’s Chapel in the background. I drank a couple of cans of Kirkstall Perpetuous whilst waiting for the others to arrive. Only six as it turned out. 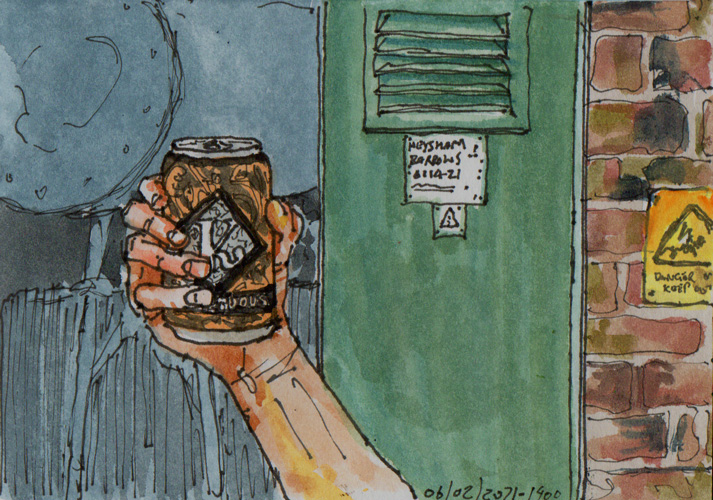 Dave arrived and let us in. He was carrying a couple of lanterns, and the dim light they offered barely illuminated the available space in the stone hut. Ironically, despite the lack of power, the majority of that space was taken up by the large and sadly defunct transformer.

A pin of the local brewery’s Pale Ale lay on a small table, covered in a few wet beer cloths. Dave had tapped the thing the day before, and we quickly drew a pint each. 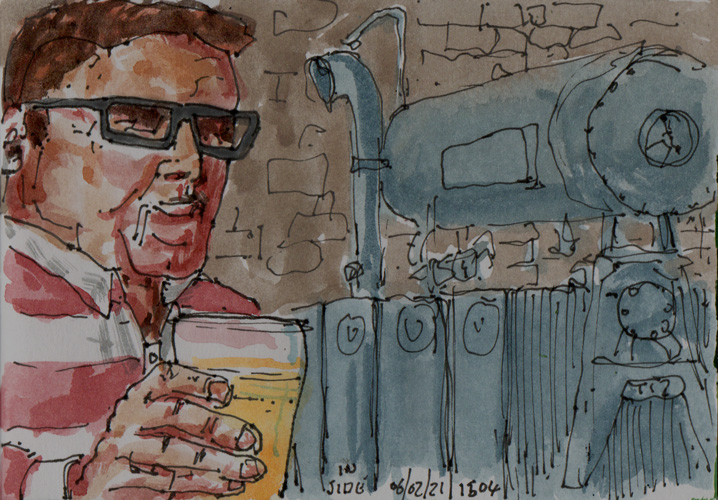 It was cold, damp, and dark in the hut, but it was the first accompanied cask pint we’d had for a couple of months. That first pint was delicious. The second was judge-able, but it somehow didn’t feel right to do so. Yes, it needed a more flavoursome hop, with a bitterer finish, but it was perfectly drinkable! Pint number three had us grumbling a bit; damp and cramped, we wanted some variety. Wasn’t it great to have someone to moan to, to have invented non-problem, problems! Where next?

I suggested having a small midweek meet-up at the old Bubbles toilet building. I had noticed the loose lock on the door, and had a sneaky peak. All the innards had been removed, and there was ample space inside, but sadly no windows. Can’t see out, but can’t see in!

Bring some cans next time.